Today’s entry in the 18 varieties focuses on the chocolate nougat flavor of the Charleston Chew brand.  Charleston Chew is one of those classic candies.  We see it on the store shelves all the time and, if you are like me, probably think of it as something our parents or grandparents enjoyed in their youth.  While the packaging is fairly modern in design, the name screams nostalgia.  For me, images of the Charleston dance craze run through my mind whenever I see the candy on display.

Despite the classic imagery associated with the candy, I have always enjoyed Charleston Chew.  I think it is fair to say the feeling of the candy being old timey just goes to show its resilience through the years.  There are many candy varieties that are no longer manufactured and Charleston Chew is still here.  The candy has a delicious chocolate flavor accompanied by smooth, chewy nougat.  It is a very snackable confection.

Knowing how much I enjoyed the candy, I greatly looked forward to tasting the brand’s hot cocoa.  What most piqued my curiosity was how the nougat taste would translate into a beverage.  Granted, nougat does have a taste of its own, but it is most often used in chocolate candies to give density and texture.  How would they translate that over to a liquid?

I prepared the now standard 8oz cup of cocoa in the Keurig.  Unlike some of the other, more aromatic flavors I have tasted, there was no distinct scent detectable as the cup was being made.  This did not concern me.  The only two flavors I was looking for were chocolate and nougat and given the Keurig uses water to prepare the beverage I was not surprised in the least when these were not filling the air.

After the cup was readied I gave it a few sips.  The chocolate taste was most certainly there.  I know I tend to state that a lot when reviewing cocoas, but there are a few I will mention in future posts that honestly just do not have the expected level of chocolate flavor.  Therefore, I feel it is important to point out when a brand does have the advertised chocolate taste.

The beverage was smooth.  It was the smoothest of the 18 varieties so far.  The smoothness was inviting.  It made me want to keep drinking.  It was after the first few smooth sips that I began to notice something.  It was the nougat.  That familiar light nutty taste was coming through the distinct chocolate overtones.  While it is difficult for me to be precise, I want to say the nougat flavor was mostly almond in construct.  What was most interesting to me was the more I drank the more I realized it was the nougat that was creating the smoothness in the drink.  I really felt as though I was drinking a liquid Charleston Chew.

My opinion of this cocoa is very high.  It was advertised as being part of the Charleston Chew brand and it did not disappoint.  Each sip delivered that expected blend of chocolate and nougat flavor one would get by eating one of the traditional candies.  And what’s more is the expert way the manufacturers blended the nougat into the hot cocoa.  It was smooth and not overpowering.   This cocoa was truly delightful. 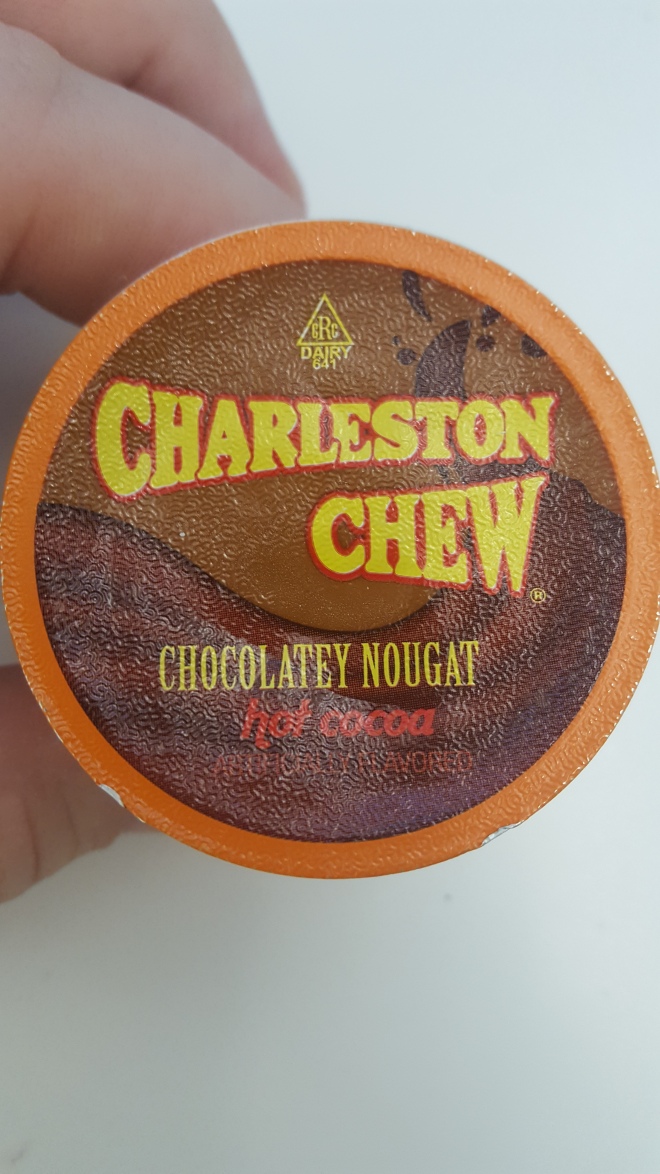